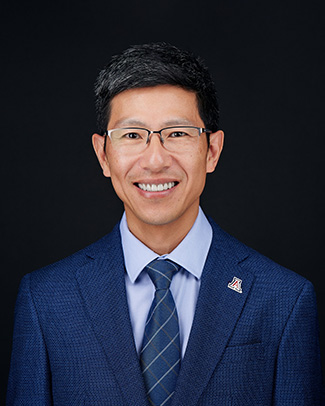 Hongyi "Michael" Wu is a professor and the department head of Electrical and Computer Engineering at the University of Arizona.

Between 2016-2022, Wu was a Batten Chair professor and director of the School of Cybersecurity at Old Dominion University. He was also a professor in the Department of Electrical and Computer Engineering and held a joint appointment in the Department of Computer Science. Before joining ODU, Wu was an Alfred and Helen Lamson Professor at the Center for Advanced Computer Studies (CACS), the University of Louisiana at Lafayette. He received a BS degree in scientific instruments from Zhejiang University, Hangzhou, China, in 1996, and an MS degree in electrical engineering and a Ph.D. degree in computer science from the State University of New York (SUNY) at Buffalo in 2000 and 2002, respectively.