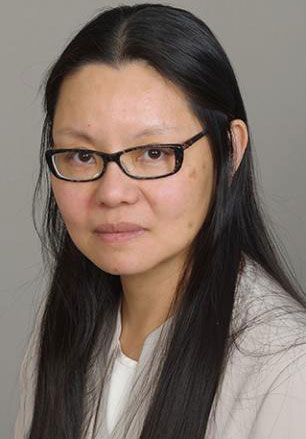 Janet M. Wang-Roveda is an associate professor in the Department of Electrical and Computer Engineering at the University of Arizona in Tucson. She received her MS and PhD degrees in electrical engineering and computer sciences from the University of California, Berkeley in 1998 and 2000, respectively. She was a recipient of the NSF career award and the Presidential Early Achievement Award for Science and Engineering at the White House in 2005 and 2006, respectively. She was the recipient of the 2008 R. Newton Graduate Research Award from the EDA community, and the 2007 USS University of Arizona Outstanding Achievement Award. She received the best paper award in the journal Clean Energy in 2013 and ISQED 2010 as well as best paper nominations in ASPDAC 2010, ICCAD 2007, and ISQED 2005. Her primary research interests focus on robust VLSI circuit design, biomedical instrument design, smart grid, VLSI circuit modeling/design and analysis, and low power multi-core system design. She has over 120 publications.