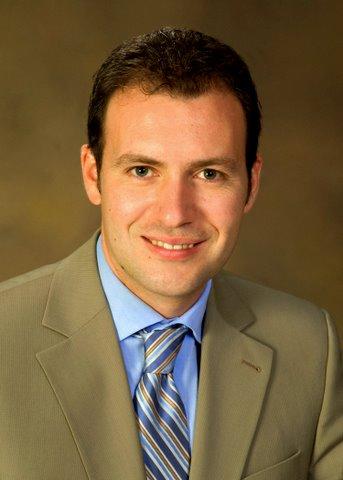 Loukas Lazos joined the University of Arizona Department of Electrical and Computer Engineering in August 2007, following receipt of his PhD from the University of Washington. His research interests are in the areas of information and network security, wireless security, user privacy, wireless communications, and protocol design.

In 2009, Lazos received the National Science Foundation Career Award for his research on the security and fairness of multichannel wireless networks.

He served as the technical program co-chair for IEEE Communications and Network Security, or CNS, 2018; the IEEE GLOBECOM Symposium on Communications and Information Systems Security 2013; and the IEEE Data Security and Privacy in Wireless Networks, or D-SPAN, Workshop 2013. He was also the general co-chair for the ACM Conference on Security and Privacy in Wireless and Mobile Networks, or WiSec, in 2012. He is currently an associate editor for IEEE Transactions on Information Forensics and Security and IEEE Transactions on Mobile Computing.