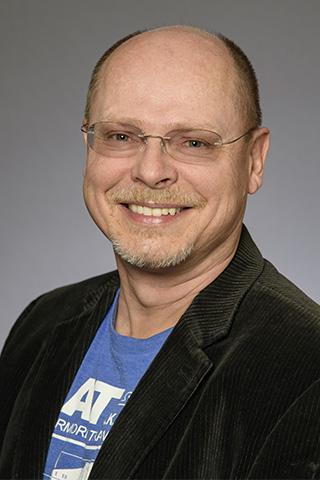 Department of Electrical and Computer Engineering wfink@arizona.edu (520) 621-8734
Wolfgang Fink is the inaugural Edward and Maria Keonjian Endowed Chair with joint appointments in the departments of electrical and computer engineering, biomedical engineering, systems and industrial engineering, aerospace and mechanical engineering, and ophthalmology and vision science at the University of Arizona. From 2001 to 2016 he served as a visiting associate in physics at the California Institute of Technology and held concurrent appointments as a visiting research associate professor of ophthalmology and neurological surgery at the University of Southern California from 2005 to 2014. He was a senior researcher at NASA’s Jet Propulsion Laboratory from 2001 to 2009. Fink is the founder and director of the Visual and Autonomous Exploration Systems Research Laboratory at Caltech and the University of Arizona, as well as the founder and director of the University of Arizona Center for Informatics and Telehealth in Medicine. His research comprises human and brain-machine interfaces, smart service systems, autonomous systems, biomedical engineering for health care, and computer-optimized design. He is an AIMBE fellow, a PHM fellow, an SPIE fellow, a UA College of Engineering da Vinci fellow, a UA ACABI fellow, and a senior member of IEEE. He has more than 257 publications and 21 patents to date. Degrees: PhD Theoretical Physics - University of Tübingen, 1997 MS Physics and Physical Chemistry - University of Göttingen, 1993 BS Physics - University of Göttingen, 1990 Teaching Interests: Numeric modeling of physics, biological systems, and computational techniques Research Interests: Artificial vision and vision prostheses, autonomous robotic space exploration, biomedical sensor and system development, cognitive and reasoning systems, and computer-optimized design