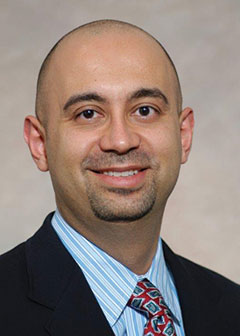 Ali Bilgin is a graduate of Istanbul Technical University in Turkey and San Diego State University, where he earned a bachelor's in electronics and telecommunications engineering and a master's in electrical engineering, respectively.

In 2002, Bilgin completed his PhD in electrical engineering at the University in Arizona, where he currently serves as an associate professor in biomedical, electrical, and computer engineering and medical imaging. Since 2012, he has been awarded multiple times by the College of Engineering for his teaching, including being named Most Supportive Senior Faculty.

Bilgin authored or co-authored more than 250 research papers in international journals and conferences and holds 13 granted and several pending patents. From 2010 to 2012, he was an associate editor for the IEEE Signal Processing Letters. He also served as an associate editor for the IEEE Transactions on Image Processing until 2014 and the IEEE Transactions on Computational Imaging from 2014 to 2019.